User interfaces use visual conventions to represent the generic information shown. Some conventions are used to build the structure of the static elements on which the user can interact, and define the appearance of the interface.

Some common idioms for interaction have evolved in the visual language used in GUIs. Interaction elements are interface objects that represent the state of an ongoing operation or transformation, either as visual remainders of the user intent (such as the pointer), or as affordances showing places where the user may interact. 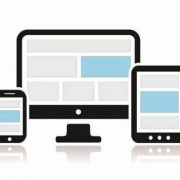